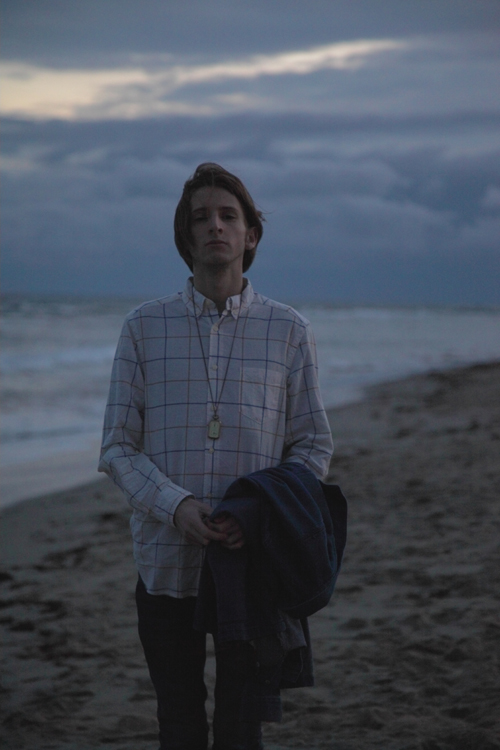 I was sitting in the same quaint, intimate coffee shop, Tierra Mia, but on the other side of the table adjacent to me when I saw him. He was quietly enjoying his drink while I was waiting for mine. The time of day was in the later morning so it was pleasantly quiet in the café with the occasional clank from the barista cleaning her tools and pssshhhht of the espresso machines discharging. Since I love people watching, I gazed at him and took in his features, he was thin, but not bony, and had this long dirty blonde hair that crowned his face. His facial structure was very defined, he definitely had good-looking parents, and enjoyable to watch as he intensely devoured information on his phone. As it was a quiet time of the day in the café, I felt continuously more obvious that I was watching him. After I introduced myself, he pushed his chair back and moved himself over to the seat across me at my table.

Although Joshua Nathaniel has a more refined, introverted presence, he was astonishingly a wonderful conversationalist. We discussed all sorts of topics, he was from Orlando, Florida and moved out here to pursue his passion, we were very much alike in that aspect. He started showing me his Instagram filled to the brim with aesthetically pleasing images creating a wonderful rainbow of colorful experiences across the Californian landscape. He definitely has an eye. We quickly realized that we were both exerting a powerful creative energy on the same frequency that needed to be directed soon. We parted ways after exchanging numbers with the agreement to meet up later that day. 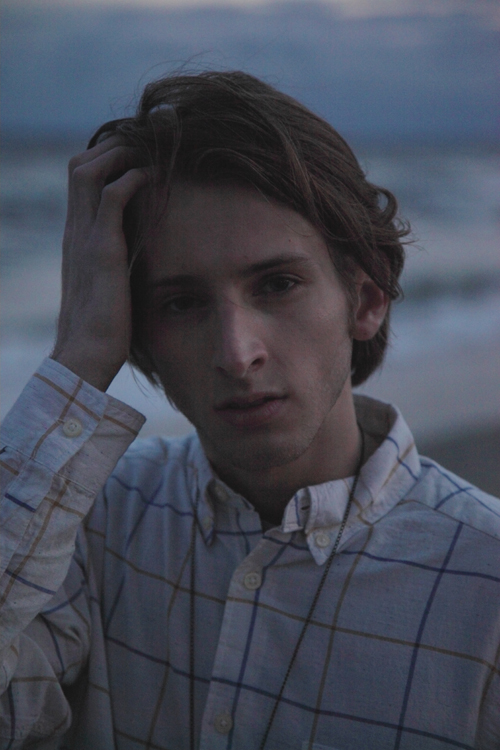 It was just a couple minutes past three in the afternoon when he came down to let me into his loft in downtown Los Angeles. He had an exquisite selection of clothing that seemed to be handcrafted just for him and his 70’s vibe. The aura around his more reserved self started to reverberate and spark with energy as we both quickly selected what for him to wear. We were in flow.

As we were arriving to our first location up in the residential area near Santa Monica, it began. We jumped out of the car and took one take. That was it. In the original video file you can hear the neighbors dog barking ferociously at us peaking the sound track. But, in the video, Joshua Nathaniel is cool calm and collected. It was a creative duet, and remained that way through the evening.

The sunset was incredible with painted clouds, velvety colors, and the smell of salty ocean breeze coming in for the night. We shot at an overlook of a coastal Californian landscape, and then sped down to the beach to capture more film before the sun’s last exaltation of light dimmed out for the night. After sprinting as fast as possible along the beach for our last shot, our stomachs started to growl and my mind and focus grew slightly faint. We stopped at a burger joint to pick up a burger for him and three for me. 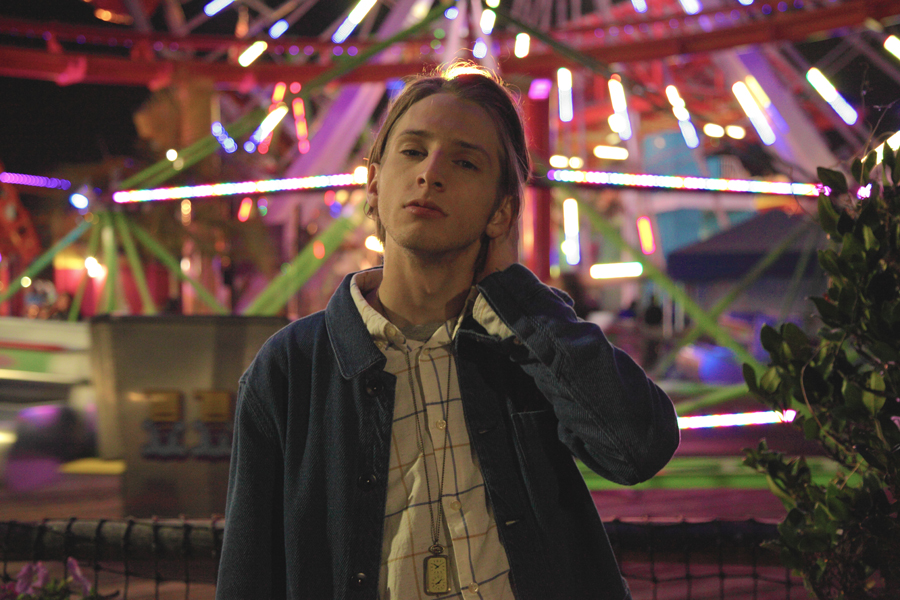 Satiated with hamburger, we felt our energy pick back up again. Cruising south on Pacific Coast Highway, Joshua Nathaniel and I arrived at our last location, Santa Monica Pier. The carnival rides screamed out with their neon light tube. Strobes flashed. Carnival game attendants called out to us to join their games to win worthy prizes. Children were screaming out joyful ecstasy riding the fun rides. The colorful show that the neon lights created was all encompassing and immersive. It burned into my vision as large strokes of light. We discreetly filmed a few remaining shots walking around the festivities. I knew that the colors we were recording were going to be gorgeous.

Moving Neon Paintings came to me as a combination of a vibrant record cover Joshua Nathaniel showed me at his loft, the neon light fixtures we encountered at Santa Monica Pier, and lastly, and the visual effect applied to the films.